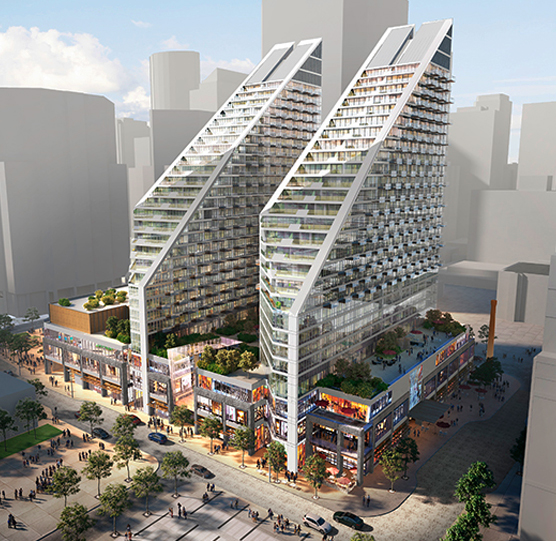 Harvard Developments will include a grocery store in the project, but a proposed office tower is no longer in the mix. For now.

Several high rises, including condos and possibly a hotel, will be built as part of long-awaited redevelopment of Eau Claire.

Calgary city council approved the plan on Monday, which will transform the market that never quite lived up to its promise.

“Their thought is that the office, given the economy, the office building — which was the controversial thing — will be delayed for a while and in return for getting a grocery store, there will be some surface parking there for a period of a maximum of 10 years and council thought that was a very good trade-off to get that amenity,” said Mayor Naheed Nenshi.

The existing market was built with the hope that it would breathe new life into a rough and tumble corner of Calgary’s core that once housed bus barns, parking lots and empty spaces. While the area did improve, the market never really took off.